Printing Industries Alliance reported that its Post Drupa Report held in NYC on Thursday, August 18, 2016 was a resounding success.

Printing Industries Alliance reported that its Post Drupa Report held in NYC on Thursday, August 18, 2016 was a resounding success. The event held at the Club 101 in Manhattan had an audience of more than 100 end users including printers, mailers and graphic arts service providers.

Marty Maloney, PIA’s Executive Vice President, commented, “Our August 18th drupa event had the same leading companies that hosted our VIP drupa tour in Dusseldorf. All of them were major attractions at drupa and they represent the best of the best from the more than 1800 drupa exhibitors”.

The Post Drupa Event had five panels on the following topics;

Who’s On First? Offset vs. Digital vs. Inkjet vs. Nanography

The panels were populated by both vendors, printers and even a couple of end users. They were moderated by industry experts including Denise Gustavson, Printing News/Wide-Format & Signage; Pat Henry, What They Think; Steve Katz, Rodman Media; and Richard Romano of What They Think.

Lunch continued the Drupa theme with an option of bratwurst and pilsner. During lunch, Marty Maloney set the record straight by presenting “Print is the Largest Media of All, By Far”. The presentation gave proof that Print dwarfed all other media including broadcast and internet and was larger than all other media combined. The Printing Industries Alliance makes Marty Maloney and his presentations available for use at company and association meetings. The all day program interspersed presentations and panels and had a networking session at the end of the day. 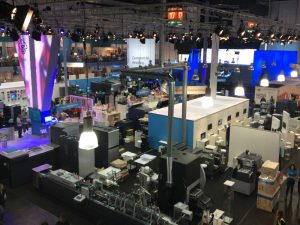 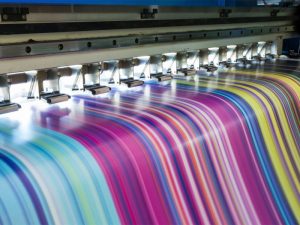